YouTapping aims to release emotional discomfort at the subconscious root. Before continuing or practicing YouTapping, please read our disclaimer and agree to its conditions.

Nic Morris has spent the last 25 years in the study of the mind (in particular his own).

Born in Australia, he started his spiritual pursuit at age nineteen after a chance recommendation from a friend to read "You Can Heal Your Life" by Louise Hay. For a large period of time in that year he practiced affirmations and from there began a long study of Eastern religions including Buddhism, Sufism and finally Hinduism.

At age 25, he travelled to the United Kingdom where he met his spiritual teacher from whom he learnt the ancient Indian study of Raja Yoga. This in turn was followed by Jnana Yoga and the practice of Self-Enquiry.

He has travelled to India on many occasions and spends much of his time in the ashram of Sri Ramana Maharshi in the Indian state of Tamil Nadu.

He has also studied and become a practitioner of Body Alignment Technique (now called 'Life Alignment').

In 2013 he began an intensive personal study of EFT and from there evolved the process he named 'YouTapping'. 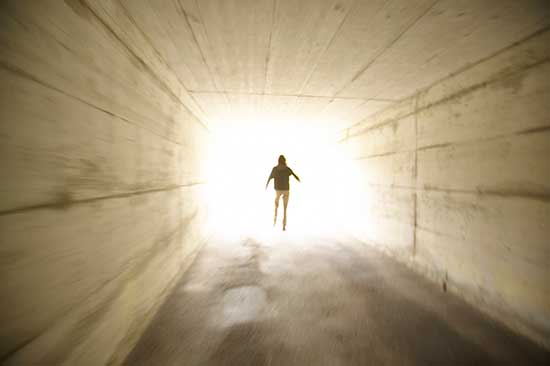 In EFT you go through a round of tapping centred on the word 'I'.  You will say for example 'I don’t deserve this' or 'Even though I am not worthy of abundance' or 'I feel so much resentment' or whatever it is you are tapping on.  Though exceptionally powerful, there are certain issues that EFT does not touch on that could be addressed more fully.

Nic realised that the words he was hearing from his subconscious mind were 'YOU are ...' and that on hearing them his conscious mind created an association and believed them to be true, building a story around them.  So instead of using the usual 'I' in his EFT release statement, he used the words that he had actually heard (when he was a child) in the first place - 'YOU'. To give the release added strength, he imagined the words he tapped on were said in the same way that he heard his mother or father deliver them, using the same tone in his voice as best as he could remember.  And then he tapped to release the energy of the situation (for EFT meridian tapping points or instructions on how to do EFT go here).

This is the crucial part.  You must tap on the defined meridian points. Otherwise you are only feeding the situation rather than clearing it. By tapping, you release the energy that was produced in your body at the time that you heard the words and thus permanently release it.

In time, Nic redefined the way he personally tapped to exclude most of the currently favoured EFT tapping points. He began to tap on just the collarbone - three fingers (thumb and first two fingers) spread apart, the thumb positioned on the first collarbone, the first finger in the centre of the collarbones and the second finger on the other collarbone. He also paused between tapping - so that he might tap approx 5 times in a row, then pause, then tap again if required (leaving his fingers in place while during the pause), all the while he would be repeating the words that he was releasing. He found that he had as significant result as he would otherwise have by tapping on all of the other EFT meridian points..

It is important to state however that you should tap wherever you feel most comfortable in your normal EFT tapping.